The association of the city Dharamsala in Himachal Pradesh with Yoga is very steady and long. History gives witness to the connection that these two shares. The open grounds surrounded by snowcapped mountains are ideal for practicing yogasanas. The essence of Yoga is in the air of Dharamsala where one can sit, breathe in fresh air and transform the body, mind and spirit into another level. 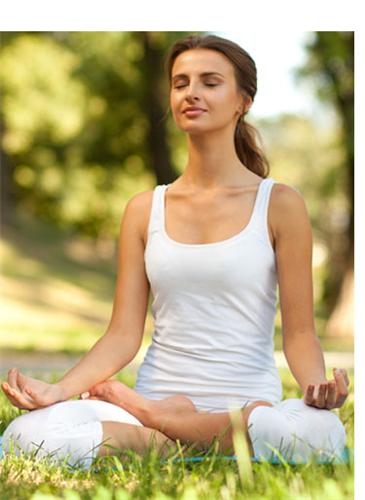 Nestled in the Himalayas, the town has another charm altogether. It is a city that is surrounded by the Dhauladhar range of Himalayas. There are two parts of the city – Lower Dharamsala or simply Dharamsala and Upper Dharamsala or McLeod Ganj. Most Yoga centers are located at McLeod Ganj since the location suits the practice of Asanas.

The high altitude at which the city is situated presents it with magnificent view of the range and the beautiful Kangra valley below. McLeod Ganj is situated on higher altitudes that also let the tall pines and rhododendron trees offer panoramic view of the area. Added to all these beauty, Dharamsala is also the exile home for His Holiness, the Dalai Lama. Lots of monasteries are located at McLeod Ganj for the monks. Chanting sounds from these monasteries fill the air of Dharamsala which again provides a Vedic environment to the Yoga enthusiasts. In the Vedic time Indian sages used to practice these asanas while chanting Vedic scripts to be enlightened with other streams of knowledge as well.

Since the city is perched in the slopes of the Himalayas, the weather remains pleasant almost through the whole year. Except for winters the yoga courses are offered in Dharamsala. Many Yoga centers also conduct classes in the plains during the winter season.

The enthusiastic Yoga learners choose Dharamsala as their Yoga abode inspired by the beauty and spirituality of this place. Many renowned Yoga teachers in India have also come to learn various methodologies of Yoga. They also impart knowledge to students here. Furthermore, retreats that have been imparting Yoga lessons in other parts of India have also opened centers in Dharamsala owing to the number of students flocking in this city.

The retreats do not only provide long term courses like RYT 200 and RYT 500 but also accommodate people who have come for short term holiday. Many retreats include tourists for courses known as Yoga holiday. These retreats offer many amenities together with spas, therapeutic massages and outdoor excursions.

Apart from these many professional teachers have their own studios that impart Yoga training to students. Enthusiasts may also learn Yoga from specific Yoga teachers with appointments at Dharamsala.

Factors Fit for Yoga in Dharamsala

Eventually there are many other factors that have influenced people to come to Dharamsala and enroll in Yoga. International tourists come to this city to seek the blessings of His Holiness, the Dalai Lama. This is one of the major reasons that people from all religions and origins come to Dharamsala. They eventually feel attracted to the spiritual factor prevalent in the city which mainly initiates the yearning to learn Yoga. The local folk of Dharamsala are also very cordial and do not resist the incoming crowd.

Yoga courses in Dharamshala offer diverse yoga styles. The city of Dharamsala has lot to offer for Yoga enthusiasts among which the famous forms of hatha, iyengar, bikram, vinyasana and ashtang are common. There are other blends of yoga merged with aerobics and other fitness regimes.

The following Yoga centers or schools have been listed here for the reference of various travelers who come to Dharamsala.

The city is also very safe for lone travelers especially for women. It has been made perfect for the people trying to learn the ancient Vedic science of keeping fit. Just a correct selection of course helps everyone to enjoy the serenity of the place and the spiritual upliftment of Yoga at Dharamsala.

Explore more about Health in Dharamsala