The neighboring country of Tibet has been known for many reasons. Among all the life-span of an average Tibetan is a topic of interest for most people in the world. It seems that the people use some special potion to live long. However, apart from imaginative anecdote, Tibetans have followed the oldest known medical tradition in the world. The Tibetan medical system is an integral part of its culture itself. The Tibetan medical system is as old as the civilization yet it has been known for its miraculous results on the patients. 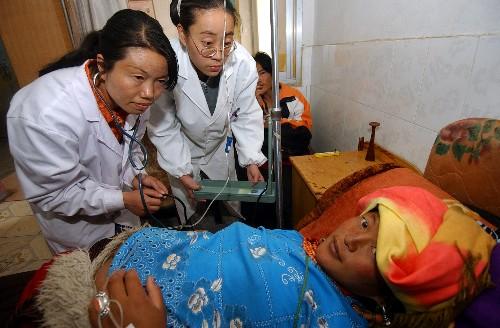 A whole Tibetan group and follower of His Holiness The Dalai Lama had fortunately come from Tibet and settled in our very own Dharamsala in Himachal Pradesh. With this migration, the Tibetan culture has also come here and blended with the Indian one. The medical science of Tibet has also, adding to the pleasure, has traveled from Tibet to India. Now Dharamsala is not just the exile home of The Dalai Lama but also a center for Tibetan Medicine.

In this medical practice, the doctor is known as ‘Amchi”. The Amchis observe the patient and ask them to provide sample of urine for observation. Then they read the pulse of the patient to understand the present medical condition. They precisely read 12 pulses which, according to Tibetan medical theory, acts as a messenger between the “Amchi” and the patient. The pulses are observed not only to follow heart beats but the rate and tempo provide necessary information about the disease.

While visiting a Tibetan medical practitioner at Dharamsala one must observe certain parameters. The patient must not take spicy food, alcohol, coffee or black tea on the previous night of the visit. The patient is required to take the sample of first urine in the morning for observation. It is also necessary to mention that the physicians at Tibetan Medical centers in Dharamsala are not readily available. One must take appointment on the previous day and meet the doctor at the appointed time the next day.

Most Tibetan medicines are manufactured out of natural herbs like Ayurveda. However the proportion and the composition differ. The doctors may also seek X-ray reports if required.

Dharamsala has about half a dozen clinics for Tibetan medicine. People flock in to visit one of the well known doctors who are currently practicing Tibetan medical science in Dharamsala. Tourists from all over the world visit this hill station only to consult and get medicines for difficult diseases. It has also been found that many cures have been provided by the Tibetan medicine at Dharamsala which no other medical stream could provide.

The Tibetan system of medicine, astronomy and astrology is known as gSowa-rigpa. Good practitioners of Tibetan medicine use astronomy and astrology also as the method of treatment. The whole concept is innovative and is different from most medical sciences. It will be wrong to assess that Tibetan system of medicine is an alternative to other streams. The only field which this system does not accommodate is the field of surgery and cases of accidents.

To promote and practice the Tibetan Medical Science, the doctors of this stream has founded this institute. This medical institute has been named after the medical college of Lhasa (capital of Tibet). The main motive of the institute is to produce more Tibetan medical practitioner and keep Tibetan medicine alive. It also aims to provide healthcare to people who have been coming fresh from Tibet, poor and needy, monks and nuns, and the elderly. 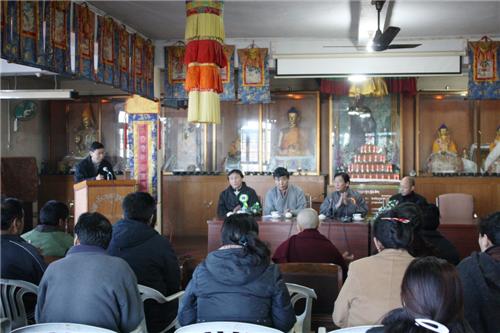 The institute has been founded by The Dalai Lama's personal physician Dr. Yeshi Dhonden. It has already acquired a good name for the services it provide to the people, not only Tibetans but also other caste, country and creed who are in need of treatment.

Explore more about Health in Dharamsala