Dharamshala is not only famous for a number of adventure sports but also has a large variety of organized regular sports at various levels. The sports organized in the city at competitive levels are cricket, table tennis, Badminton, Volleyball etc. The adventure sports famous in and around Dharamshala are trekking, rock climbing, rappelling, flying fox, night camping etc. But a special mention has to be made to Paragliding.

Bir is a small town that has a Tibetan colony and a few monasteries, it is situated in Kangra district.Protected by mountains and encircled by tea estates, this township is used as a touchdown point and an operating base for both hand and para-gliders. Billing is the point from where these adventure seeking individuals launch (take-off).

The Dhauladhar ranges are where this small pasture field is and the peculiarity is that it is 2.4 Km (8600 ft) higher than Bir. This patch is more than a gift for the para-gliders as it is also extremely beautiful and a unique wonder of nature. It is perfectly designed as a launch pad and is well known in international paragliding circuits. It is a must visit spot for world renowned para glider pilots who are always looking for new spots. 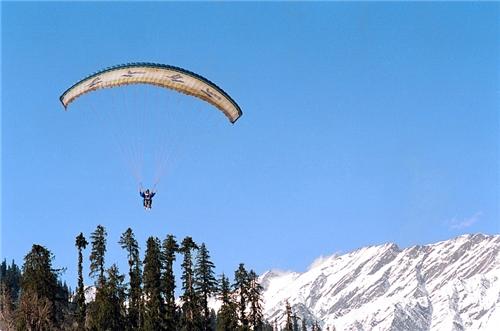 This is one of the most appropriate gliding sites in the world and is directly above the Chaugan village near Dharamsala. The mountain ranges and the valley look beautiful and enchanting from the top. It is an amazing feeling to have the bird’s eye view of this landscape. The entire area gives a chance to fly over a region of 200-km. The various levels of gliding come in different packages some of which include special acrobats in a 30 minute flight for just 1500 rupees.

Cricket is by far the most famous and followed sport in Dharamshala. The Himachal Pradesh Cricket Association or the HPCA Stadium has been recently built and is located in the beautiful city of Dharmashala. Anurag Thakur is the individual who has made it possible for Himachal Pradesh to be a capable host for conducting international standard cricket matches in Dharamshala. The HPCA is mid-sized stadium and can hold a strength of 23,000 spectators. The ground acts as the home ground for the Himachal Pradesh cricket team that also takes part in theRanji Trophy. 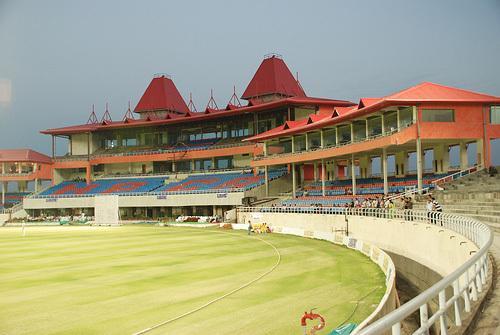 The stadium acts as a backup venue for the IPL matches and is also considered as the home stadium or home ground of the Kings XI Punjab. Because of the elevation at which the ground is located it is considered ideal for training and practice matches, by a number of teams. Pakistan became the leading team to have played a match in the HPCA stadium. Also many of Himachal’s home team matches are scheduled here.

It was the growth of the IPL that carried Dharamsala into the limelight. IPL in 2010 allowed only two matches to be scheduled and played on this venue. Since then at least two matches have been scheduled here in all the IPLs except in 2014.

To boost the sport in the city there is a plan to organise a competition at a national level in the city. The highlight of the sporting calendar for Dhramshala will definitely be the week long National Veteran TT Tournament. The championship will be conducted at Dharmshala from February 26 to March 02 in 2015.There will be one thousand players from all over the country participating in this grand event.

The event is likely to be scheduled in the indoor stadium of Dharamshala hill town.
It has been declared that the championship being organized is the first of the kind in the State. 13 committees have been constituted for the proper arrangements for this National level Championship.

Volleyball is another popular game in the city. The pockets of young crowd can be seen enjoying the game in all nets rigged all over the city. There are competitions organised at various levels to encourage participation. One such tournament was conducted by the Himachal Pradesh State Police in the city of Dharamshala. Although it is a yearly event, it was conducted last year in Dharamshala. The Championship was planned and executed at the Police Grounds near Dari. The event although restricted to only state and central police organisations was successful in boosting the popularity of the game in the city.

Basketball definitely comes next to cricket in terms of popularity factor in Dharamshala. Liked by both Indians and the Tibetan people it is common to see men and women participate enthusiastically in this sport. The students of Dharamshala college are often seen playing in the courts around the city. As part of various community level initiatives basketball matches are organized as well. A women basketball match was also organised at Gangchen Kyishong in Dharamshala to spread awareness against tuberculosis.