The society in Dharamshala is a mixture people of a number origin. There are the simple Tibetan monks, the Himachali Indians, the colonial lifestyle in the suburbs and then the large number of tourists from all around the world. The people in Dharamshala have seen it all - a British rule, Migration from Tibet and the parallel coexistence with the Indian culture and society. Through all of this like the name suggests ‘Dharamshala’ is truly a refuge for all creatures of God. The place is always associated with peace and tranquility, it is said that the city is filled with life and yet it always is peaceful. Even a procession or demonstration whenever publicly displayed is that of a peaceful nature. 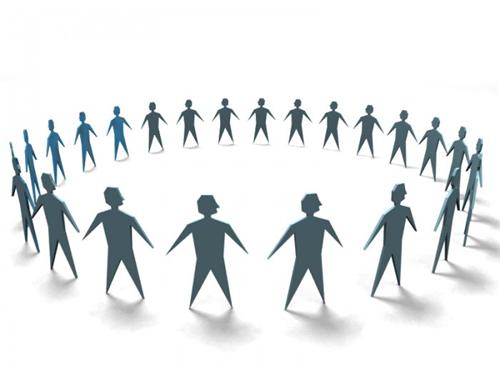 The society here has a significant number of social enterprises and NGOs both registered and unregistered working for the uplifting of the society and improvement of the living standards. The overall nature of the city as a whole is helpful and it is a friendly environment but the help provided to the less fortunate by the volunteer services and the general civilian population is incredible.

The thousands of Tibetan exiles that live in McLeodganj have built monasteries, temples and schools to be self sufficient in this area also called ‘Little Lhasa’. This has become a tourist destination and giving a boost to the commerce and tourism in this region. The population of Dharamshala has 55% males and also has a major movement of women empowerment. 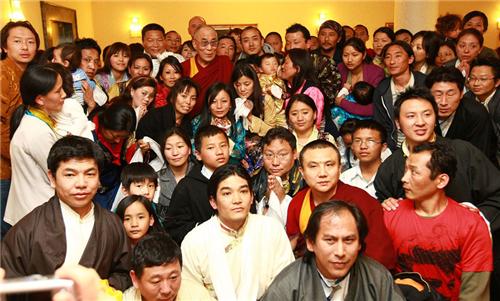 The Tibetans in here sustain themselves simply by their Tibetan nature. They do not get any Refugee Aid from the United Nations (due to China’s Veto) but they are still one of the richest refugee communities in the world. This is all because of the tourism attracted by the Buddhist community and The Dalai Lama.

The many volunteering organizations here encourage the tourists to help out in bringing positive changes in the society during their stay in and around the city. The volunteer programs can be anything from cleanliness drives to children education help.

A large number of government onganisations are engaged in providing education for making the future generation literate, there is a shortage of English teachings instructors all around Dharamshala. The scarcity of instructors is now being met by the volunteering foreign and Indians who visit Dharamshla or are settled here. Still the teaching staff finds it difficult to keep up with the number of students as the population continues to rise. there exist a number of problems. One of the biggest problems is the scarcity of teaching staff to cope up with the growing population. The primary level teachings are extremely important as they are considered the base for future development.

Tibetan Children's Villages (TCV) is a certain population from the refugee that take care and provide the basic education for the orphans and refugee Tibetan children in Dharamshala. A non profitable and registered organization that is based in Dharamshala. TCV is not restricted to Dharamsala but has a network all over India and almost 12,000 children are taken care of. 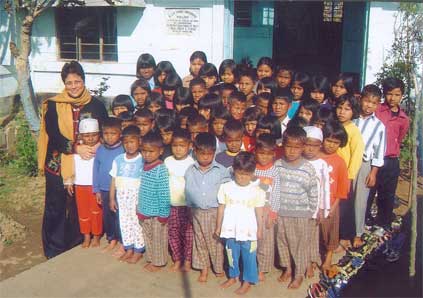 Women empowerment has also been in limelight in the recent past in Dharamsala. TWA (Tibetan Women Association) is the group that has come forward strongly and taken up all cases of women abuse in and around the region with media publicity. It is believed that in a male dominated society a women has to face many social obstacles and unfair discrimination. Sankalp is an NGO in Dharamsala that has supported TWA and both the organizations have worked well to stand for their cause.

Dharamsala volunteer opportunity also offers work in Day care Centers for the less privileged. A close similarity to the day care centers in the modern society is the ‘Anganwadi’, a name given to centers where working mothers leave their children during their work hours. There are local single women who earn meager wages from these day centers by looking after children of their neighborhood. The problems exist like poor facilities for toilets and food as of now which are slowly being worked upon. Presently there is only one Anganwadi in the outskirts of Dharamsala.

There are also a number of organizations that work to give back to mother nature. Lots of cleanliness drives are held in Dharamsala.To make them more interesting they are termed as cleanliness treks and hikes where all the participants move along a regular trek path and clear the liter along the way. The initiative has been started in Dharamsala by groups like waste warriors and are now quickly picking up pace.

There are other institutes in Dharamshal like Red Cross, Cvalik foundation, Krishna Cure Awakening etc. that offer both donations and voluntary work for the betterment of the society here.