The pristine location and the beautiful back drop of the Dhauladhar ranges had already set the carpet for a humongous number of tourists from all over the world to Dharamsala. To develop tourism business further, Dharamsala has been also promoted within films and movies that are being made in the present time.

There are many documentary films that have been including Dharamsala and its Tibetan culture. However, these films are basically made for critical viewers rather than commercial purpose. The exposition of a place is basically rendered when the particular location is set in some commercial movies. In India, the Bollywood industry has maximum exposition to Indian viewers and hence the Hindi movies which feature Dharamsala will be discussed here.

What has actually inspired many directors and producers in investing money and time in Dharamsala is its very calm and scenic locations. The city provides enough privacy to the production house and artists to proceed with their shootings. In the bigger cities the peaceful completion of even a single shot becomes vexing owing to the gathering of local crowd. The artists also feel harassed with lame comments and extra elucidation of their roles in the movie. Keeping a crowd out of a particular location sometimes become so endeavoring, that shooting schedules get cancelled for the whole day. 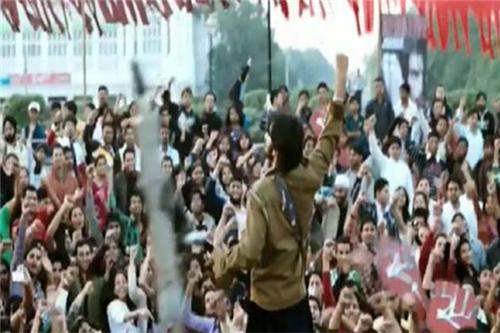 Dharamsala, however, has a very unique surrounding where people are much friendlier and peace loving. The upper Dharamsala especially have more Tibetan crowd making the place ideal for Hindi movie shootings. During the production of the famous movie ‘Rockstar’, starring Ranveer Kapoor, the locals have managed to convince the production house to capture a song as live show. The song “Sadda Haq” has come out so well in the movie that it has been used as an inspiration for youth and social justice movement in India.

It has also been observed during the shooting of Rockstar that both Ranveer Kapoor and Nargis Fakri had a gala time chatting with the locals. This was absolutely a unique experience since actors are seldom seen mingling with the crowd or having meals at local restaurants. The peaceful environment of Dharamsala has made it possible for the actors to breathe free.

There are many Hindi movies which have recently featured the scenic spots of Dharamsala in their films. However, since most of them are in sparse presence, this discussion will concentrate on broader spectrums. The recently released movie ‘Raja Natwarlal’ featuring Emraan Hashmi and Paresh Rawal in the lead role has Dharamsala as one of the major locations for shooting. The role of Paresh Rawal was set in the pristine locations of Dharamsala, where, in the movie he says, he has come for spiritual comfort and relaxation.

Very aptly the city provides spiritual privacy to many people around the world. The inclusion of the peaceful religion Buddhism has induced the element of spirituality in this city.
The roads and monasteries of Dharamsala and McLeod Ganj were featured in Raja Natwarlal. Interestingly the roads were decorated with the Tibetan flags which any Dharamsala tourist can easily spot within the city. The small café and the wooden houses were very beautifully pictured in the movie to produce Dharamsala in its true color. 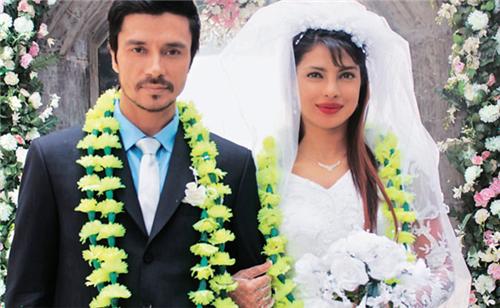 Though not much of Dharamsala has been featured, yet the mention of hit movie “Mary Kom’ must be made here. The St.John Church in Dharamsala was chosen as the appropriate location to shoot the scene of marriage between onscreen Mary Kom (Priyanka Chopra) and her fiancé Onler. It is said that the crew had a tough time searching for a veil in the city of Dharamsala that Mary Kom was supposed to wear. They required a transparent veil but the city did not offer it very effortlessly. However, nothing is inaccessible in this small city of Himachal Pradesh and finally the crew found the right veil in the heart of Dharamsala market.

With certain pros some cons also linger in the background of every aspect in the world. Dharamsala is no exception. Since it had to pose a negative vibe as well hence the snowfall created a row for shooting crew and stars of the film “Lootera”. Both Sonakshi Sinha and Ranveer Singh were stranded due to the heavy snowfall in Dharamsala, Mcleod Ganj and could not come out of their rooms in Dalhousie itself. Some portions of this film were supposed to be shot in both Dharamsala and Dalhousie.