In the absence of good international film theaters, the chances of viewing great works of art are rare. In Dharamsala, the same is true especially when the city does not provide much opportunity outside commercial Indian cinema.

A healthy initiative was undertaken by Tenzing Sonam and Ritu Sarin who are the founders of White Crane Arts and Media Trust to promote contemporary art, cinema and independent media practices in the Himalayan region. The ‘Dharamshala International Film Festival’ or DIFF is a non-profit undertaking that has debuted in McLeod Ganj in November 2012. 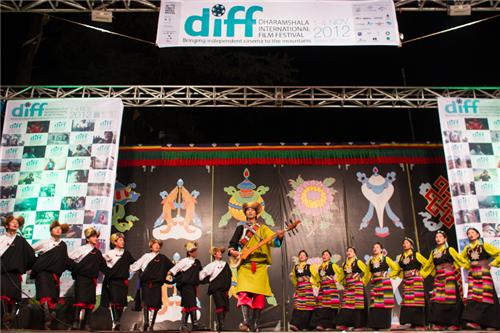 Reasons for Establishing DIFF at Dharamsala

The founders of DIFF are long-term residents at Dharamsala and were aware of the lack of opportunities to help local artists and film-makers in the city. The emerging artists also didn’t have much help from any initiatives to introduce them to the established filmmakers and artists. Hence to nurture the talent within many artists, encourage and develop many forms of creative expression, the duo commenced the project for DIFF.

The main aim of DIFF is to showcase the best of recent world and Indian cinema that includes fiction, documentaries and short films. The forum also included a panel of discussion and master classes with filmmakers from different parts of the world including India.

DIFF has also been successful in rendering a non-partisan cultural platform to the divergent culture prevalent in Dharamsala. It involves all communities in this area – Indians, Tibetans and expatriates.

The initiative has been able to bring on mutual understanding and foster harmony between the culturally diverse people settled here. Additionally this initiative has boosted the tourism industry in Dharamsala by encouraging film lovers from all over the world to visit the city for a world-class film festival.

There has been two successful film festival held by DIFF in Dharamsala while the third one is scheduled in the row in 2014. Dharamsala has been honored by many well-known artists and filmmakers from all over the world for these three festivals that took place in consecutive years.


Explore more about Culture in Dharamsala