Dharamsala has acquired a reputation for being one of the famous tourist destinations in the world - it is famous for its temples, churches and monasteries as well as its mountain ranges and scenic locales. The fervor of religious attachment has inspired the culture of Dharamsala along with other attractive features. The people have a very rich cultural heritage that is evident in their everyday life. From the colorful dresses of Tibetans and Hindus within the city to the warm and friendly reception for all tourists, Dharamsala has drawn the attention of many for being culturally vibrant city. 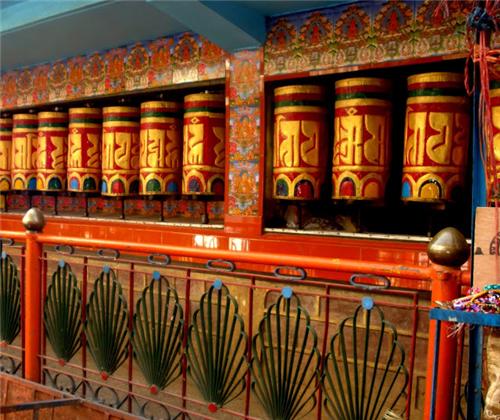 At the commencement it is necessary to mention that the city has mostly been inhabited by Hindus and the Tibetans whose second home is Dharamsala. It is the ‘capital in exile’ of The Dalai Lama and his followers and also serves as the headquarters for Tibetan government in India. The refugee Tibetan population has mainly settled in the Upper Dharamsala, most popularly known as McLeod Ganj. Apart from being situated in the hill city of India, this part of the city resembles Lhasa the capital of Tibet from the cultural point of view. For Buddhist devotees the place has been more than a home since the Namgyal Monastery serves the religious purpose for this place. His Holiness Dalai Lama resides here and blesses his followers and devotees for peace and sanctity.

Not only this monastery but ‘Little Lhasa’ or McLeod Ganj is a home for many other monasteries as well where monks reside. These monasteries serve to bring tourists close to the sacred religion known as Buddhism. The cultural atmosphere here is thus very much influenced by Buddhist style of living. 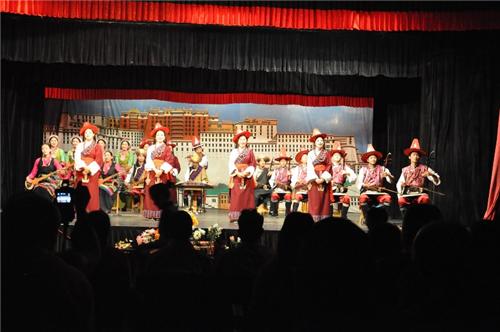 A large number of Tibetan handicrafts and garments are also available here. The place is very ideal for those who want a relaxed holiday with a knack for different shopping list. Handmade shawls and souvenirs are must buys since they uphold the cultural distinction of the Tibetans. Various other products also influx the streets of Dharamsala, which initiates a link for India, with the peaceful Buddhist culture.

Museum and Monuments at Dharamsala

It is true that the city of Dharamsala has been predominantly influenced by the Tibetan culture. However, the reminiscent of past cannot be completely wiped from the face of the city and therefore it still provides glimpses of colonial lifestyle and British vehemence is observed here. The Villas made by the British stands erect in Dharamsala and lets the tourists notice the architecture that they preferred during the Raj. St. John’s Church at Dharamsala is an example of the architectural fervor of the British for tinted and stained glass windows.

The next monument which provides a glimpse of the history and culture of Dharamsala is the Kangra Museum and Art Gallery. The artifacts preserved here gives witness to the tradition, beauty and culture of the place.

The Kangra museum gives an impression of the rich history of the expanse of Dharamsala. While Dharamsala also have institutes that have been established to preserve the Tibetan art, cultures and traditions. The culture of Dharamshala has a strong influence of Buddhism that is also apparent within some of their architectural tributes. 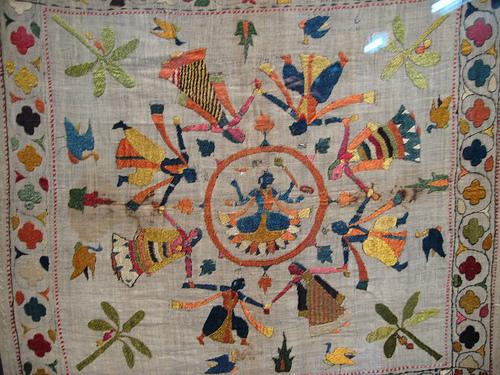 There is a Stupa in Dharamshala which is surrounded by prayer wheels. This Stupa was erected as a memorial to those Tibetans who have been freedom fighters for their country. Another Stupa build within its vicinity is a symbol for the determination of the Tibetan people to save their idiosyncratic culture. These Stupas are built in the style of third century B.C. that resembles Stupas built by Ashoka.

The people of Dharamsala are also in favor of various contemporary art which has lead to the exhibitions conducted at Naam Art Gallery.

The culture in this region is a crowd-puller of tourists throughout the world. Famous celebrities like Richard Gere have come here to attain peace and consolation. The place and people are a perfect blend of traditional and modern culture. The tourists are provided an opportunity to experience both sides of the coin. People come here to meditate and feel relaxed while at the same time also have celebrity cricket matches and international film festivals.

As has been mentioned in this article, the whole Dharamsala city experiences much of Tibetan culture with their re-settlement here. However, both Hindus and Buddhists have majority of population in this city. Hence the Hindu festivals are celebrated here with much fervor. From Haldi festival to Diwali, all Hindu rituals are equally observed in Dharamsala. 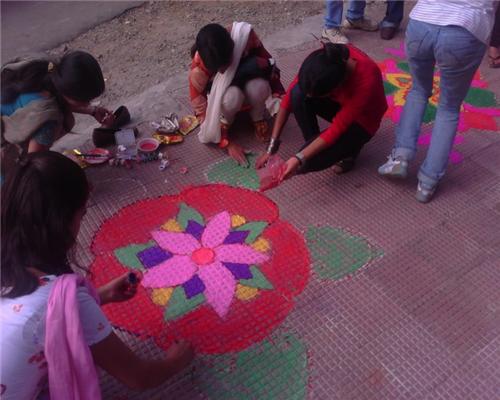 Added to these festivals, Dharamsala also holds fairs and festivals that pertain to the Buddhist and Tibetan culture. The birth anniversary of The Dalai Lama is also celebrated with vigor across the city. The whole city gets decorated with flags of the Buddhist religion.

Thus the Diasporas of events and actions existing here give the required interweave to the culture of Dharamsala.

Something which is worth noticing about culture of Dharamsala is the dressing sense of people staying there. The whole community seems to be blending the traditional with the modern in a graceful manner. The upper Dharamsala observes a trend which can be distinctly marked as Tibetan clothing except for the monks. The Tibetan women are generally seen wearing long sleeved shirts and striped aprons at the waist. These striped aprons are a mark of marriage for women in their tradition and culture. However, just like the Indian counterparts these women shun wearing aprons if they are separated from their husbands or are widowed. Indian women also wear off the sign of marriage for same reasons. Old folks at Dharamsala are generally seen with beads and praying at secluded places.

The Hindus however observe the same rituals and dress codes that any modern city in India pertains to. Saree and Salwar Kameez are main dress- codes for women while men wear shirt and pants.

Dance and Music at Dharamsala

Apart from the Hindu festivals and folks the city is also influenced by the Tibetan counterpart. Tibetan music, drums and dances are a huge craze amongst international tourists visiting Dharamsala. The curiosity mostly rises since Tibetan opera groups perform is many countries around the world. The Spring Festival held at Dharamsala is one of the colorful events which is attended by tourists from all over the world. Dharamsala is now the official home of ‘Lhamo’ the folk opera from Tibet. This group has been performing for years and has been able to preserve the theatrical traditions of Tibet.